As you sip a margarita today, pause to reflect on the contribution made to the tequila industry by often unacknowledged friends: long-nosed bats. 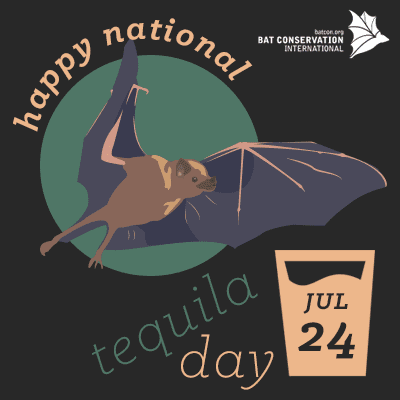 Happy National Tequila Day! As you sip a margarita or a tequila sunrise today, pause for a moment to reflect on the contribution made to the tequila industry by some long unacknowledged friends: long-nosed bats. These bats (Genus Leptonycteris) are the main pollinators of century plants (Agave sp.). from which tequila is obtained through the distillation of their juices. The relationship between bats and tequila may seem obscure at first, but the bat-plant association is so strong that the disappearance of one would threaten the survival of the other.

Agaves, known in Mexico as magueyes, are a group of succulent plants with thick leaves that grow in parts of the southwest United States, Central America, and tropical South America. While the plants can be found across the region, tequila and mezcal (another Mexican specialty drink) are regulated by the Mexican government, and can only be made in Mexico. Tequila is made from the blue agave plant, Agave tequilana, and is primarily grown in the state of Jalisco. Mezcal, however, is made from Agave americana, a different but closely related species of plant.

To make tequila and mezcal, the leaves of their respective agave plants are carefully cut off to leave behind the succulent core, called the piña. The piñas are then slowly roasted and shredded or mashed up, to extract the juice, which is then poured into vats to ferment. After this round of fermenting, the liquids are then distilled as needed to make their respective liquors. 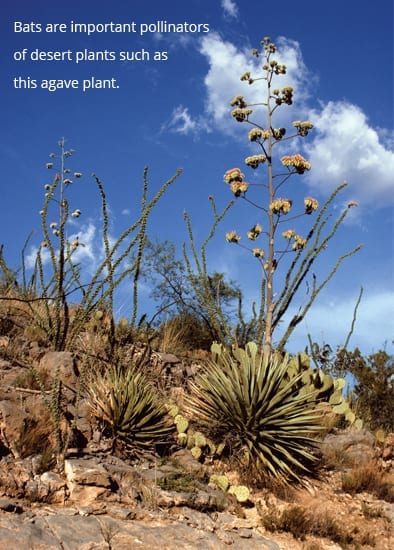 But what in the world does this have to do with bats?

The ancestral Mexicans who discovered tequila did not realize that the reproduction of the indispensable agaves depended on pollination by secretive, nocturnal allies. Both the Mexican long-nosed bat, Leptonycteris nivalis, and the lesser long-nosed bat, Leptonycteris yerbabuenae, pollinate wild agave plants as they feed on the nectar of the agave flowers. Today, most of the agaves employed in the production of mezcal and tequila are cultivated and vegetatively propagated, without the help of bats. This human propagation generates very little genetic diversity in these cultivated plant populations, leaving them vulnerable to disease or blight that could wipe out entire industries.

However wild populations of these plants still exist and rely on bats. The Mexican long-nosed bat and the lesser long-nosed bat are critical to both to their desert ecosystems and our tequila industry as they maintain genetic biodiversity within wild agave populations. They not only ensure that these plants can survive for generations to come but also supply us humans with a source of new plant varieties should our cultivated ones succumb to disease.  So a world without bats could truly be a world without tequila. And who wants a world like that? 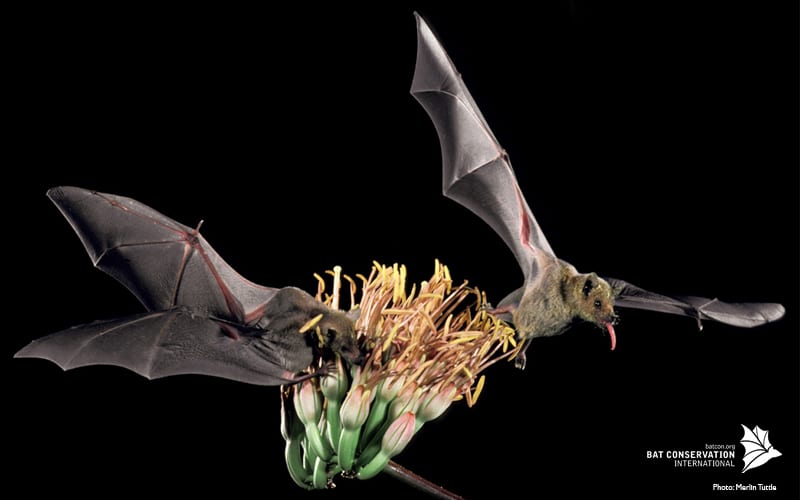