Winifred is a research biologist working on the impacts of White-nose Syndrome to bat populations in North America. 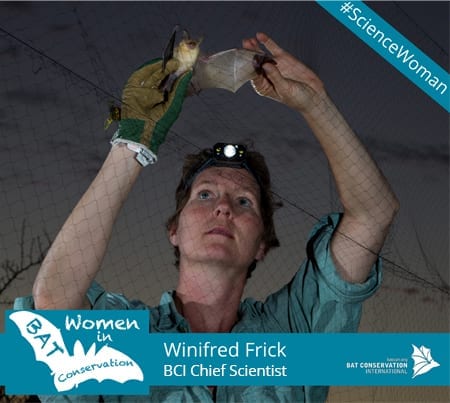 Female Conservation Hero or Mentor: Elizabeth (Dixie) Pierson was my mentor when I first started studying bats. Dixie was passionately committed to the conservation of bats.

My research focuses on conservation biology and ecology of bats.  I work on the impacts of white-nose syndrome to bat populations in North America.  White-nose syndrome is a deadly disease that has killed millions of bats in North America since it first emerged in upstate New York in 2006.  My work aims to understand differences in disease dynamics among hibernating bats and what species are most at risk from extinction from the disease.  I collaborate with numerous state and federal biologists to determine how the fungus that causes WNS is spreading across North America and threatening bats.

In addition to my work on WNS, I study desert bats on the Baja peninsula in northwestern Mexico.  My doctoral work was on island biogeography and community ecology of bats on islands in the Gulf of California.  I also study foraging behavior and bat-cactus interactions.  Currently, I am starting a long-term study on seasonal and population ecology of lesser long-nosed bats in Baja. 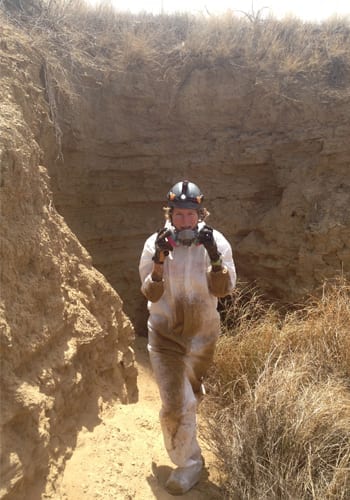 What is the most satisfying part of your involvement with bat research?

I find scientific research incredibly rewarding and satisfying in many ways.  I love all aspects of research from being in the field and observing nature, to designing a study to answer interesting or important questions, to analyzing the data youve collected in the field, and finally writing up what you’ve learned to share with others.  People often think science isnt creative but I find research to be an incredibly creative process.

While working on white-nose syndrome can be disheartening given the gravity of the threat, being part of the white-nose syndrome community of academic and agency biologists who share a deep commitment to trying to protect bats has been a rewarding and humbling experience.

Whats your favorite species and why?

Without a doubt, my favorite bat is the Pallid bat (Antrozous pallidus).  Besides the fact that they have super flexible diets, their big ears and goofy faces make them particularly charming to me.  I also love their skunky smell. 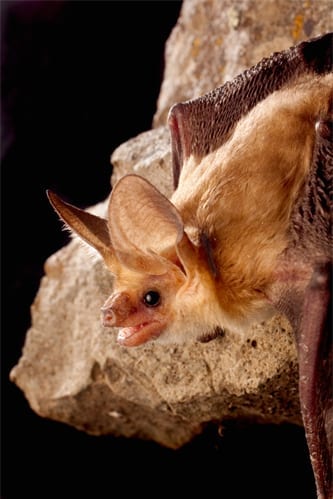 What is your most exciting moment in your research career?

During my fieldwork for my PhD down in Baja California Sur in Mexico, I discovered that the pallid bat (Antrozous pallidus), a species most well-known for eating scorpions and other ground arthropods, loves to drink cactus nectar.  We discovered this by hanging out under cardon cactus and watching for lesser long-nosed bats (Leptonycteris yerbabuenae), the known pollinator of the cactus.  We were surprised and thrilled to discover that pallid bats were also drinking nectar from the large white flowers.  Pallid bats have big ears and cant hover like the lesser long-nosed bats, so they have to grab onto the flower and shove their upper torso into the flower to get to the nectar.  We’ve subsequently shown that they actually deliver more pollen per visit than the lesser long-nosed bats!

If you could have one incredible animal adaptation, what would it be?

If you are a student that wants to get involved with bat research, then my advice is to find volunteer or field work opportunities, but also to study hard and take math and writing classes.  Learning about biology and ecology is pretty straightforward and fun, but scientists need good math and communication skills and that takes more work and practice for most people.