If you’re a reporter, or just curious, we’ve compiled interesting facts, stats and information about BCI and bats.

If you are a member of the media and have questions about bats and BCI, please contact Javier Folgar, Director of Communications at jfolgar@batcon.org or call 512.327.9721 Ext. 410.

Based in Austin, Texas, our mission is to conserve the world’s bats and their ecosystems to ensure a healthy planet. We are dedicated to saving bat species and their habitats around the world. Founded in 1982, BCI has grown into a globally recognized conservation organization dedicated to ending bat extinctions. We’re fiercely passionate, expert conservationists and scientists who are leading the charge to ensure the worldwide survival of these extraordinary mammals.

Working together, our goal is to redefine what is possible in global conservation, through the utilization of cutting-edge tools, technology, and training to create a real, measurable impact.

A world without bats would look very different than the one you know — and not for the better.

With more than 1,400 species located all around the globe, bats are amazing animals that are vital to the health of our environment and economy. Although we may not always see them, bats are hard at work all around the world each night.

Bats consume vast amounts of insects, including some of the most damaging agricultural pests. Others pollinate many valuable plants, ensuring the production of fruits that support local economies, as well as diverse animal populations. Fruit-eating bats in the tropics disperse seeds that are critical to restoring cleared or damaged rainforests. Even bat droppings (called guano) are valuable as a rich natural fertilizer. Guano is a major natural resource worldwide, and, when mined responsibly with bats in mind, it can provide significant economic benefits for landowners and local communities.

Bat conservation has never been more critical as COVID-19 impacts the lives of people worldwide.

National Geographic – Oct 14, 2020
Mezcal is more popular than ever – why that’s bad news for bats 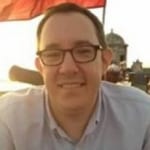 Mike Daulton has served as Executive Director of Bat Conservation International since 2017. Mike leads all aspects of BCI’s progress toward becoming one of the fastest growing and most effective conservation organizations anywhere in the world.

Mike is an award-winning conservationist with two decades of experience as an environmental leader in the nonprofit sector. Prior to joining BCI, Mike served as a senior-level policy director and organizational strategist for the National Audubon Society for 17 years, most recently as their Vice President of Policy and Strategy. Mike is recognized for his success in building complex coalitions with a wide variety of governmental, nonprofit, philanthropic, and private sector leaders to drive conservation at scale. He led Audubon’s successful efforts to defend bedrock environmental laws like the Endangered Species Act and Migratory Bird Treaty Act. He also led efforts to protect the Arctic National Wildlife Refuge from oil drilling and pass the RESTORE Act through Congress, which dedicates $20 billion to restoring Gulf Coast ecosystems.

Mike has testified numerous times before the U.S. Congress, appeared on CSPAN and CBS News, and been quoted in The New York Times, The Wall Street Journal, The Washington Post and many other major news outlets.

Mike graduated Phi Beta Kappa from the University of California, San Diego with a B.Sc. in Ecology and earned a Master’s in Public Policy from Duke University. He lives in Washington, D.C. with his wife and two daughters. 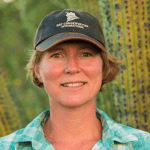 Dr. Winifred Frick serves as our Chief Scientist and leads scientific research that informs our evidence-based approaches to conservation. She is responsible for integrating science and conservation at Bat Conservation International to achieve lasting impact for bats around the world. 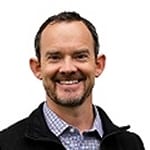 Kevin Pierson is the principal conservation leader, manager, and planner for Bat Conservation International (BCI). He is responsible for the vision, oversight, planning and implementation of a comprehensive conservation program that charts a path for growth in BCI’s conservation impact and global conservation reach.

Kevin comes to BCI with over 15 years of extensive nonprofit experience as a conservation strategist, fundraiser, and advocate. Kevin is an inspirational leader with strong expertise in identifying and implementing steps to achieve BCI’s mission including clarifying ideas into fundable programs, raising funds, and managing for results. 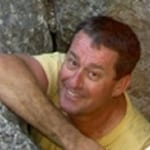 Fran has been with Bat Conservation International since 2006, directing educational bat flight programs and the restoration work on BCI’s Bracken Cave Preserve and working with Central Texas landowners protecting other bat roosts. His work at the preserve protects the largest colony of bats in the world.

He is often asked to speak at various events, sharing his passion for informing the public about bats. This extended’s to schools, zoos, Scouts and organizations from around the world. He has been featured on Texas Country Reporter, Travel Channel, several documentaries as well as Texas Highway Magazine.

In 2013 he was recognized by the US Forest Service for Wings Across the Americas / BatsLIVE education program.

Fran is also a Caver and Texas Master Naturalist and Eagle Scout. 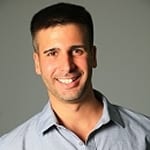 Javier Folgar joined Bat Conservation International in October 2018. As the Director of Communications, he’s dedicated to conserving the world’s bats and their ecosystems to ensure a healthy planet.

With over a decade of experience in Communications, Javier is a conservationist who served in key roles in protecting wildlife and our natural & cultural resources. He received a B.S. in Marketing from Rutgers University and earned an MBA from Montclair State University. Most recently, he served as the Director of Marketing and Communications for the Appalachian Trail Conservancy (ATC) with accomplishments including developing an award-winning video series called myATstory, that elevated the exposure for the organization. He also led nationwide campaigns that substantially grew ATC’s brand identity, advocated for America’s public lands, and increased financial support for the organization.

Javier previously served on the board for Altruistic Odyssey. He is currently a member of the Public Relations Society of America and the American Marketing Society. During his free time, Javier is a triathlete and enjoys hiking on the weekends with his lab.

The following images are available for use by the media in high resolution. All images must be credited to the appropriate photographer and include the caption: “Photo courtesy of Bat Conservation International”.