Meet Susan, a research ecologist who has spent the past 15 years providing resource managers with the tools they need to conserve North American bat species. 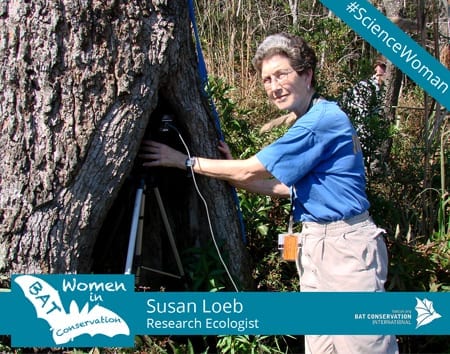 The goal of my research is to provide resource managers with the tools they need to conserve North American bat species, assist with recovery of declining species, and predict the effects of disturbances at various spatial scales on their populations. Thus, over the past 15 years, my research has focused on 3 areas of bat conservation and management: 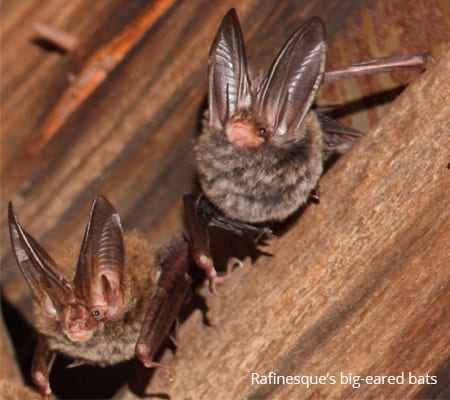 While much of our research has taken a broad community approach, we have also concentrated on a few species of conservation concern, namely the Indiana bat, Rafinesque’s big-eared bat, and the southeastern myotis. Currently, much of our research is focused on how disturbances such as creation of early successional habitat and prescribed fire affect WNS-affected species in the Southern Appalachian Mountains. We are also investigating the survival and dispersal of WNS-affected species in the southern part of the WNS endemic area.

Monitoring bat populations is critical to effective management as it allows us to determine whether our management actions are producing the desired results. Monitoring is also needed to detect the early signs of population declines. Over the past 3 years, much of my time has been devoted to working with a team of biologists and statisticians to develop the North American Bat Monitoring Program (NABat) that will allow us to monitor bat populations and distributions over various spatial scales in relation to such stressors as WNS, forest loss and fragmentation, wind energy development, climate change, and other threats.

I have also had the opportunity to work with a number of people from BCI over the years on several projects. For example, I worked with BCI and a number of other scientists to arrange the 2nd Bats and Forest Symposium and BCI has been an active participant and co-organizer of our NABat workshops. BCI also supported one of my research projects on using acoustic calls to attract Rafinesque’s big-eared bats. 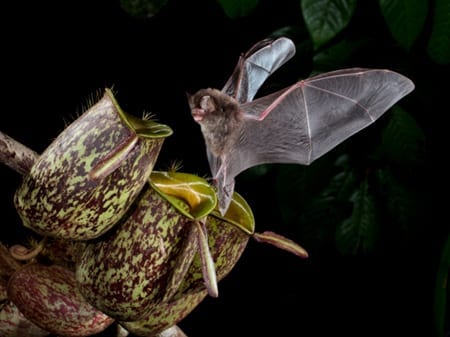 One of the coolest things I’ve learned about bats recently is the mutualistic relationship described by Caroline and Michael Schöner between woolly bats (Kerivoula hardwickii) and the carnivorous pitcher plant. The bats roost in the pitcher plants just above the enzymatic fluid used to trap, kill, and digest insects that fall into the plant. The bats are protected from predators while in the plant and the plant gains nutrition from the bats’ guano.

What is the most satisfying part of your job in bat research?

The most satisfying part of my job is working with graduate students. I have had the opportunity to work closely with a number of young, energetic, and enthusiastic students over the years and they have all gone on to make significant contributions in the field of wildlife research, management, conservation, and education. One of the most fun parts of working with graduate students is watching them grow intellectually and seeing them gain confidence in themselves as professional biologists. Their questions and concerns stretch me intellectually and they continually challenge me to think about new ideas and keep abreast of the latest developments in the field. Time spent with students is never time wasted.

My advice to someone who wants to get involved in bat conservation is to get as much experience with as many types of bats and situations (ecosystems, countries, people) as possible. People who work with bats seem to really enjoy sharing their knowledge and always seem to be happy to have help in the field.