"This is a historic day for North American bats as they face threats far greater and widespread than they ever have before" says Mylea Bayless, BCI Senior Director for US/Canada Conservation. 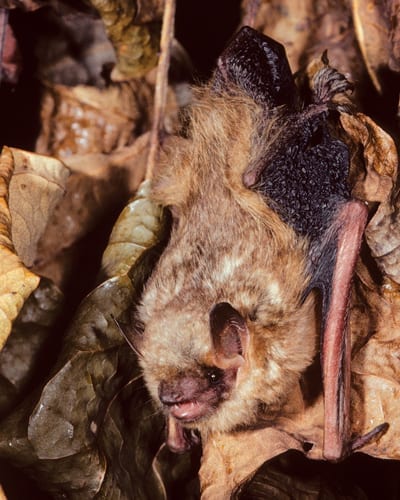 For the first time in history, the United States, Mexico and Canada have formally agreed to increase coordination and cooperation across North America to conserve bat species. Although the three countries have worked together for almost 80 years under the Migratory Bird Treaty Act, no formal agreement is in place for bats.

Representatives from the three countries signed the "Letter of Intent Related to Efforts to Promote Conservation of Bats in the United Mexican States, the United States of America and Canada" last night, Thursday, April 16, as a part of the annual meeting of the Trilateral Committee for Wildlife and Ecosystem Conservation and Management at the Hilton San Diego Mission Valley. The historic agreement will allow conservation efforts to cross international boundaries as scientists, wildlife managers and conservationists alike try to address some of the most pressing threats bat species face in North America today.

Bat Conservation International has long advocated for international collaboration to set priorities and implement bat conservation, having advocated and worked with representatives from the three countries and develop this agreement.

“This is a historic day for North American bats as they face threats far greater and widespread than they ever have before. Continental collaborations are more important than ever as white-nose syndrome, a fungal disease that has killed more than six million bats since 2006, continues to move across political boundaries devastating bat populations in its wake” says Mylea Bayless, BCI Senior Director for US/Canada Conservation.

“It is not only the threats that are continental. Several U.S. endangered bat species cross international boundaries, and this agreement provides a formal avenue for coordinating conservation across countries for range-wide species recovery.”

The agreement will not only foster conservation dialogue between the three countries but allow further development of rigorous, coordinated population monitoring programs for bats such as the North American Bat Monitoring Program. These programs will allow for reliable inferences about the status, distribution and population trends of bats at various spatial scales.

“By signing this agreement, we are cementing a collaboration that will foster cross-boundary collaboration on multiple bat conservation efforts including the North American Bat Monitoring Program (NABat) and the North American Bat Conservation Alliance (NABCA). Bats do not obey political boundaries so monitoring and conservation efforts should not be limited by these boundaries” says Laura Ellison from the U.S. Geological Survey.

“BCI has been instrumental in developing NABat and NABCA and they are at the forefront of global bat conservation issues. It helps that they have an incredible group of dedicated employees who are passionate about bats!”

The timing of this historic news couldn’t be better with April 17 being Bat Appreciation Day across North America. Bats are increasingly appreciated for what they do for the environment and for us, including providing more than $3.7 billion in pest control for crops and forests annually. In addition to consuming large number of insects, bats provide other important ecological services including pollination and seed dispersal.