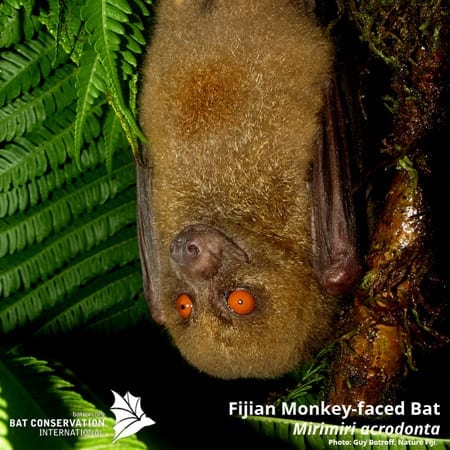 A unique partnership to protect the world’s 1330+ species of bats was announced today at the 16th International Conference of National Trusts held in Cambridge, United Kingdom.

London-based International National Trusts Organization (INTO) and Texas-based Bat Conservation International (BCI), have agreed to cooperate on saving the world’s rarest bats from extinction.  The two groups signed a formal Memorandum of Understanding to coordinate their global efforts in February 2015.

“This is a very important alliance for us, and we are delighted to be able to work more closely around the world with the dedicated people at Bat Conservation International,” said INTO Chairwoman Fiona Reynolds. “In this time of climate change and widespread habitat loss, it is more important than ever that international conservation organizations work together to save these vital animals. The immense value of bats to our environment is becoming clearer to people around the globe.”

“Bats are essential to maintaining healthy natural ecosystems and human economies worldwide,” said BCI Executive Director Andrew Walker. “Bats protect farm crops by consuming huge quantities of insect pests. They pollinate many valuable plants and disperse seeds to restore damaged tropical forests. We would all pay a very dear price for their demise. We are very excited by our collaboration with INTO and the new opportunities it offers.”

INTO is network of more than 60 national conservation and historic preservation organizations, with a combined membership of nearly 8 million people, working around the world to protect our natural and cultural heritage “forever for everyone.” Many of United Kingdom’s most famous landscapes and buildings, for example, are owned and managed by the National Trusts of England, Scotland and Wales.

BCI has been a leader in the conservation of bats and their ecosystems for more than 30 years. Dedicated to the enduring protection of the world’s 1300+ species of bats and their habitats, BCI works with local, regional, national and multinational public and private partners around the world to respond to bat conservation crises, preventing the extinction of threatened species and to educate key communities on the importance of bats.

The National Trusts are the premier conservation organizations in many of the countries where they exist and their help will be an extraordinary boost to BCI’s efforts in Asia, Africa, Latin America, and the South Pacific, Walker said.

The INTO-BCI agreement is already bearing fruit in Fiji, where the National Trust of Fiji, BCI, and NatureFiji, a species-focused conservation organization, are teaming together to protect the critically endangered Mirimiri fruit bat (pictured), found only on the island of Taveuni and the Fijian Free-Tailed bat on the island of Vanua Levu.  The Mirimiri is a large fruit bat confined to remnant cloud-forests on the upper ridges of this volcanic island.  The Fijian free-tailed bat is known from only one cave, which the three organizations are working, to protect in partnership with the local community and Fiji government agencies.

“We are excited to have these organizations working closely together to protect Fiji’s rare bats. There is a lot to be done in terms of understanding the biology of Fiji’s bats, protecting their habitats and engaging with local communities. With the support of INTO and BCI we hope to achieve meaningful conservation for these rare species” said National Trust of Fiji Chair and NatureFiji Trustee, Robin Yarrow

Together the partnership will aim to combine science, education and direct conservation action to raise global public awareness about the benefits of bats and to conserve of these essential creatures around the globe.