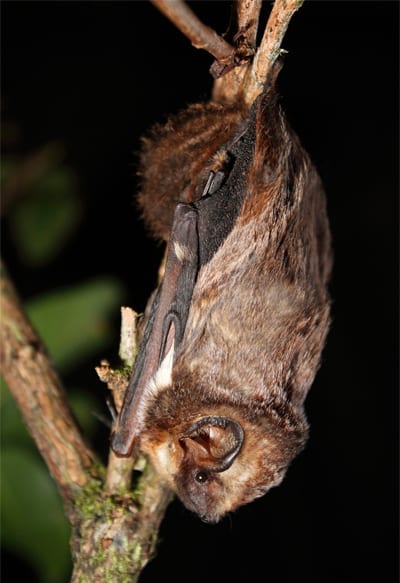 In a news release issued Monday by Sen. Sam Slom’s office, the state lawmaker (R, Diamond Head, Kahala, Hawaii Kai) said: "The ōpe‘ape‘a is worthy of the title ” because“ it has been here for so long, and faithfully provides free pest control services to us all. Most importantly, this bipartisan effort to elevate the bat's status to state land mammal will increase awareness of the environmental issues affecting its survival."

Scores of admirers lauded the bat's praises in advocating for the bill, including Bat Conservation International, as they submitted testimony on the measure in public hearings held at the Hawai‘i Capitol.

“State land mammal designation would highlight this unique and valuable creature to the public. We believe that bat conservation works best when bats are understood and appreciated by the local communities in which they live” Bayless said.

The bat designation could also have a positive economic impact, Bayless said: “Texas designated the Mexican free-tailed bat as official state flying mammal in 1995, and Texas Parks and Wildlife has called Mexican free-tailed bats our state’s ‘Billion Dollar Bats’ because of the economic impact that bats have—from pest control to ecotourism dollars.”

Here are some quick facts on the ōpe‘ape‘a: