Latest on Bats & COVID-19
Home News Blog Bat in your house? Who are you going to call? Nuisance wildlife control officer!

While we love bats, we recognize not everyone wants them as a houseguest. Removing bats from your home or building is a major project, and as with any other large project on your home, you 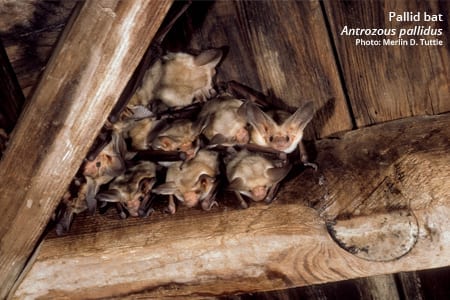 While we love bats, we recognize not everyone wants them as a houseguest. Removing bats from your home or building is a major project, and as with any other large project on your home, you need the right people for the job. In order to ensure that bats get safely, humanely, and correctly evicted from your home, you will need to hire a professional nuisance wildlife control officer.

Nuisance wildlife control officers are trained professionals that follow guidelines set by bat experts to make sure that both humans and bats are not harmed during the eviction process. And with bat populations declining throughout North America due to white-nose syndrome, a “devastating wildlife disease that has killed more than 5.7 million bats since its arrival in North America in 2006,”according to BCI’s Director of Imperiled Species Program Katie Gillies, it is more important now than ever that bats be handled with concern for their safety. 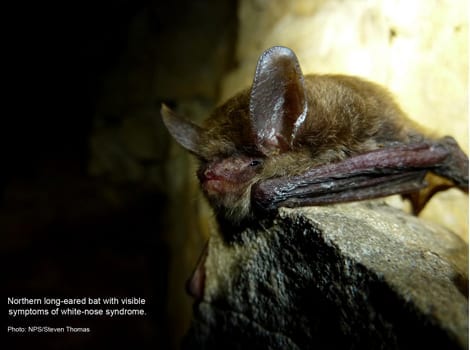 Bats reproduce slowly, often only having one or two pups a year, and are especially at risk during the summer when new pups are born and nursed. Female bats may form maternity colonies with other mothers to raise their babies together. Man-made structures may provide great roosting spaces for the mother bats, as they provide safe, warm, and stable places to raise their young. Evicting bats during the maternity season (early April – late August in North America) can result in the death of flightless pups, increased bat-human contact, and can have an adverse affect on bat populations.

“Since bats are being killed at an unprecedented rate due to [white-nose syndrome], it’s imperative that we conserve and protect bats in other parts of their life cycle. These guidelines will help minimize disturbances to bats, which will aid them in their fight against WNS”says Gillies.

So if you do have some of our furry friends roosting on your property but you’re not too keen on them staying, please contact a professional for the evicting process. This will ensure that the bats are dealt with safely, humanely, and with concern for the overall population of bats.