For the past 20 years I have participated in a wide range of talks, meetings, and conferences arguing the case for nature conservation. Bats have rarely rated a mention. Ignorance of their importance becomes self-perpetuating: students rarely choose to study bats, and granting agencies infrequently award funds for work on these animals. Consequently, the lives of bats are less well known than are those of other mammals, and priorities for their conservation have not been established. The result is that species are going extinct before we can even assess their needs.

At the Eighth International Bat Research Conference held last year in Sydney, Australia, I took the opportunity to seek opinions from the skilled and dedicated scientists who attended from all over the world. As president of the Royal Zoological Society of New South Wales, Australia, as well as editor of the Society's journal, Australian Zoologist, I had a special interest in learning what bat researchers considered were the most important issues today in international bat conservation. I drafted a questionnaire to identify the most crucial bat conservation issues and to begin establishing some priorities. Seventy scientists who specialize in some aspect of bat biology responded.

It was not surprising to find that bat researchers think that conservation is important, and it was reassuring to discover a strong consensus about the problems facing bats. One of the most important findings was the clear need for bat conservation to achieve a higher public profile. What also emerged from the results was the need for greater attention to specific issues. The responses showed that problems can be identified, ranked, and followed through from field survey, to studies, and finally to land acquisition or other protective measures.

In general, bat researchers considered the conservation of bats to be less well advanced than that for other mammalian orders. Bat conservation is a special issue because bats differ so much from other animals. They are nocturnal and generally silent (at least to the human ear). Most people rarely encounter them, and then usually only an individual at a time. Because bats are rarely seen and hard to find, they are more difficult to study than other animals. As a result, naturalists have not often accumulated extensive records of their occurrence, habitat, roosts, or food preferences. Through painstaking research we can gather historical material on changes in many faunal species, but, with the notable exception of some flying foxes, bats are rarely mentioned in past records.

Bats have been in the dark both literally and metaphorically as a public conservation issue. Many people still perceive bats as symbols of darkness or evil, as pests, and as disease carriers. This, plus the paucity of basic information on bats, has resulted in their exclusion from most educational programs, thus perpetuating ignorance. Researchers concurred that unless the issue of bat conservation achieves a higher profile, bat habitats will continue to be degraded–in most cases, without knowing the effect on bats. For example, forest logging, mining, and disturbance in caves all take a toll on bat populations. As habitats are degraded, ranges will contract, and as a result, many species will be threatened with extinction.

To effectively support efforts to protect bat habitat, researchers agreed that much more needs to be known about bat requirements. In ranking priorities for ecological studies, researchers identified habitat selection and roost selection as the most important, followed by studies of bat movements and diet. Learning how fragmentation of habitat affects bat populations was also considered important. Without answers to these questions, setting conservation priorities for bats will continue to be difficult. We simply don't know enough about many bat species to make informed decisions on how best to protect them and their habitats. <UF4>

Bat biologists clearly believe that research is vital, and certainly we cannot conserve what we do not understand. When asked how they would allocate funds for a conservation program in either research, management or education, biologists regarded research as the most important. But management and education combined were voted a slightly larger amount of the hypothetical funds. It may be concluded that although bat biologists see research as essential, they also recognize the importance following through after research, to developing management guidelines, and to promoting awareness of the problem–and solutions–through education and public relations.

Researchers agreed that government wildlife agencies should set their bat conservation priorities as follows: conduct surveys of bats in threatened habitats, insist that bats be included in environmental impact studies, and include bats in education programs. For example, bats continue to be overlooked in environmental impact studies for rain forests (despite the fact that bats often comprise nearly half of all mammal species in these ecosystems). This seriously jeopardizes any management plans to preserve such forests.

These opinions of bat researchers are clear warning that bat conservation is not a trivial concern. Threats to bats are as real and widespread as are those that face other animal groups. But for bats the consequences of neglect are often far greater. The value of bat research to broader conservation issues cannot be ignored. Researchers considered three of the most important factors to be that rain forest plant species benefit from seed dispersal and pollination by flying foxes and other fruit bats, that surveys of bats can assist in identification of high-value areas for nature conservation, and that a drop in bat species diversity can indicate a degraded habitat. Bats are key elements in some environments, and interference with these environments–or the bats themselves–has many ramifications.

Collectively, the responses to all questions show a widespread and deep concern for bat conservation, particularly the issues of habitat loss and ignorance and prejudice about bats. Getting the message across to the general public, as well as to other conservationists, government decision-makers, and public health workers, is vital to the success of bat conservation efforts. The conservation of bats is becoming recognized as an important scientific issue, but there is much work to be done before the concerns of bat researchers are reflected in the broader world community. Supporting organizations such as Bat Conservation International is a good start.

Daniel Lunney is a wildlife ecologist and head of the environmental survey and research branch of the National Parks and Wildlife Service in New South Wales, Australia. He is also a BCI member. The complete results of his questionnaire can be found in Australian Zoologist (Aust. Zool. 25: 71-8), P.O. Box 1967, Hurstville, NSW 2220. 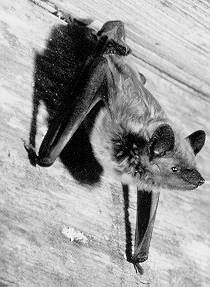 Habits of even relatively common bats, such as the evening bat (Nycticeius humeralis), are not well known. Northern populations of these North American bats accumulate large fat deposits in the fall, as though preparing for hibernation or migration, but then they simply disappear. No one has documented where they go. 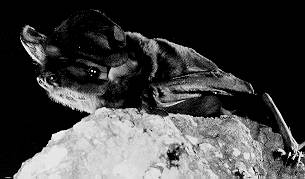 Many bat species are poorly studied because they are hard to find. The largest bat in the United States, the western mastiff bat (Eumops perotis), is found in rugged country in the Southwest where it roosts high on cliffs and feeds well above the ground. Little is known about its current status, though it is feared endangered.