IN THE KINGDOM OF TONGA, flying foxes have the good fortune of being considered sacred. The bats are the official property of the king, and no one but royalty is allowed to hunt them or harm them in any way. Because they are protected from human exploitation–the most severe threat to bats throughout the Pacific Islands–the Tongan bats have maintained a relatively stable population. In addition, for many years, Tonga has enjoyed the absence of any devastating cyclones.

Although appearances would indicate that Tonga’s bats are doing fine, no researchers had ever actually counted the bats anywhere in Tonga nor published any information on their behavior or diets. Some baseline studies were definitely needed. In the summer of 1995, I conducted a census of Tonga’s flying foxes (Pteropus tonganus) with financial assistance from BCI.

Counting the bats was something of a logistical challenge. Tonga consists of 170 islands, not including the new volcano which emerged from the ocean while I was there. Only 36 of the islands are inhabited by humans. I got much of my information on where to find bats with help from Jim McMahon, the captain of a boat I rented on the island of Vava’u, who asked locals which islands had colonies of peka–their name for flying foxes.

McMahon and I spent one very long day journeying by boat to seemingly countless islands. At the end of the day, we had seen nearly 6,000 bats in 25 roosts on 13 islands. Unfortunately, bad weather and time constraints prevented us from visiting all the islands with reported bat populations.

On the large island of Tongatapu, I rented a car and systematically drove the remote backroads (a fact the car rental agency need not know) in search of flying foxes. I found seven major roosts with a total of nearly 3,600 bats. These numbers do not include the many nursing babies I saw, nor the bats hidden in the dense foliage of mango and strangler fig trees, where it was impossible to see them well enough to count them.

The largest bat colony on Tongatapu is very well known. The bats roost along both sides of the main road in the adjacent villages of Kolovai and Ha’avakatolo. As part of Tonga’s growing ecotourism industry, signs introduce visitors to the colony and advertise tours. Between 10 and 15 tours visit the Kolovai roost every day. The bats are unusually tame and do not appear to be disturbed by tourists walking under their roost trees or by the occasional car horns and slamming of doors.

Further promotion of ecotourism might bring even more visitors and necessary financial aid to Tonga, and the bats would play an important role in the success of such plans. While the islands offer superb fishing, birding, snorkeling, and diving, many guides and tour operators such as Jim McMahon say they are frequently asked to take guests on side trips to view the flying fox colonies. Although the bats are not yet the main attraction, it seems that Tonga might not have the same appeal without them.

On both Tongatapu and Vava’u, I saw many baby bats attached to females and observed mating within harems. Males scent-mark a section of a tree branch and defend all females that land within this territory. The behavior I observed is very similar to that of the same species in nearby American Samoa, Western Samoa, and Niue.

I found the flying fox population on Tonga to be apparently healthy and larger than in most island regions. In recent decades, flying fox populations have declined on numerous Pacific islands. A number of species have become extinct because of natural causes combined with human causes. The primary problem on other islands is overhunting: The introduction of guns has led not only to excessive hunting by individuals but also to commercial trade with other cultures that consider bats a culinary delicacy.

Considering the small sizes of most Pacific island bat populations today and the constant threats from both humans and nature, it’s critical that key areas for each species be protected, in the event that other populations are wiped out. The flying foxes of Tonga could be just such a safeguard for other islands. By protecting their bats, the king and other Tongans are not only conserving their own sacred subjects, but also are providing a sort of ecological savings account–as well as a unique natural attraction for the pleasure of those who visit their kingdom.

Gilbert Grant is a visiting assistant professor of biology at the University of North Carolina at Wilmington. When he’s not studying flying foxes in the South Pacific, he conducts field research on sea turtles and marine birds. 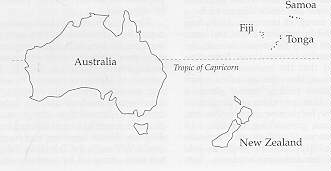 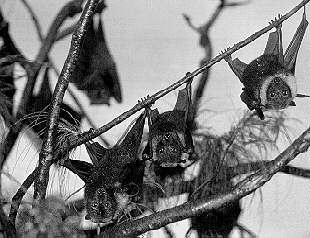 Though stories vary somewhat, both Tongan and Samoan legends claim that Tonga’s flying fox colony at Kolovai descended from a pair of flying foxes that Sina, the Princess of Samoa, presented to the Tongan monarch (a gift of love, some say). As many as 600 flying foxes can be seen at the Kolovai colony.