The first official chapter of BCI was formed in Austin in January. There are over 100 BCI members in the greater Austin area and enthusiastic local support. In addition to the location of BCI offices in Austin, the presence of large nearby bat populations and field trip opportunities also made it an ideal place.

The chapter will provide opportunities for members to become more involved in bat conservation on a local and state level and to lend support to BCI through direct participation in BCI’s activities. The chapter is organized around a traditional group of officers in addition to Committee Coordinators for science, education and activities, all of whom serve on the chapter’s Board of Directors.

The Science Committee will supervise surveys of local caves and other roosting sites to monitor population trends of Texas bat species. The Education Committee will play an important role in making presentations to schools and other community groups, and the Activities Committee will organize social events, enabling members to become better acquainted.

As the Austin chapter becomes firmly established, local chapters will be organized in other cities in Texas before expanding to additional areas. Along with other criteria, a given locale must have at least 25 BCI members to become eligible to be chartered as an official chapter. 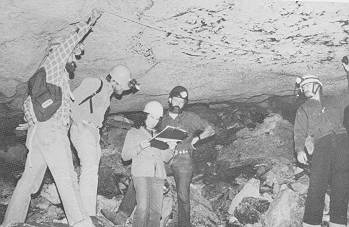